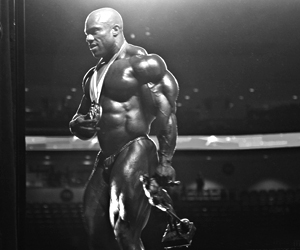 Nutrition Systems would like to congratulate Team MuscleTech athlete Phil “The Gift” Heath for winning his second Mr. Olympia this year. Phil looked bigger and leaner than ever as he collected his prize winnings and second Sandow trophy, crowning him as the best bodybuilder in the world for a second time. Phil defended his title by coming in bigger, fuller and with striated glutes this year.